How CFG Law use Katchr to Streamline their Case Settlement Process 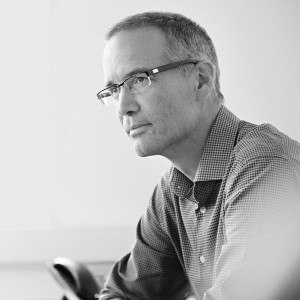 Katchr plays a key role in surfacing new opportunities for CFG Law, to further exceed their client’s expectations. The detail Katchr provides, helps to streamline the case settlement process, by ensuring greater accuracy when setting, adhering to and delivering on case milestones.

Some of the highlights:

The major area of worry from a compliance point of view is that when we receive a case that we’re going through all of the stages we have to, to reach a conclusion at the right time. Now, it’s important to put this into context for us as a business. We’re driven by a very clear purpose, which is to help all those affected by injury, and to do that we put a whole team of people on a case. So the important part of our work is, at the outset, we put a very specific, it’s a very bespoke case plan, together for that case, and a case file, you could read as a project one.

And that case plan actually has a number of key stages within it, which we call milestones. And that’s a fairly common term really, but essentially, those milestones are above a series of activities that have to take place to achieve a milestone. Now, a milestone added to milestone, added to milestone, as you go through a case you then get to a point where those steps reach a conclusion. So from a compliance point of view, the compliance piece here for us is making sure that A; there’s a case plan in place on every one of our cases. So that’s a fairly easy measurement, that’s a fairly… almost like a tick box.

But then it’s about the milestones. And it’s about those milestones should not only be put in place, so they’re bespoke for every case, but also that they’re being achieved. And it’s very early days for us, but one of the things that’s really come out for us is the fact that in the past, we’ve satisfied ourselves with our Excel spreadsheets, that there is a milestone in every case. What we’ve been able to do with Katchr is actually look at the milestone that’s been set and look at the adherence to delivery against that milestone, by having a number of subsets.

If you think of the drill through capability within Katchr, you’ve got the headline measure, and then you can then start to see whether you’re achieving that and if you’re not, you can then drill into that down to case level, and know what’s really happening. Now, what that’s enabled us to do from a compliance point of view is, it’s already got us to really look at the setting of those milestones and the process we go through to set those, and to ensure more and more that there’s greater accuracy in the setting of the milestones. And that’s really key. So for us, setting milestones, adherence to them, and delivering against the milestones, reaches a case settlement point at some point in the future.

If you don’t hit your milestones, your case settlement date is going to move. Now, whilst there’s always reasons for it moving, because of the industry we’re in and the external parties that are involved, and experts, etc. the more times you can hit your settlement date, the more certainty you have around cash flow. And that’s particularly important, given in the person injury sector, how much work in progress we carry, that ultimately reaches a settlement. Now, a settlement, you could look at as purely a financial settlement, which from an accounting point of view, it clearly is. But actually, from our point of view, it’s about those milestones being achieved, which actually matter to a client. So the client knows what’s going on in their case, and the client has confidence that that settlement date is actually coming, it’s going to happen.

So rather than settling cases in five, six years, you’re settling cases in two to three years, and that’s because we’ve got a whole team working towards these milestones, just as you would have in a normal project. So from a compliance point of view, it’s enabled us to make changes already to the way our process works, which I thought was good anyway. I thought our process was leading edge. But actually, having now looked at it through this drill through capability, we’re able to make process changes, which means that more milestones are being achieved. And whilst it’s early days, it’s really promising where it’s going.

Are you ready to transform the way you use data?

Our Business Intelligence software for law firms integrates seamlessly into your firm, with first-class training, support and assistance on hand every step of the way.
Book A Product Tour
– Guide –

Top 25 KPIs that law firms don’t measure (but should)

Are you looking to improve performance in your law firm? In this handy guide you will find answers to:
Download guide for free

Every business owns data. In fact, data is one of a law firm’s most valuable assets. Data in law takes many forms – be it

You can find out more about which cookies we are using or switch them off in settings.

Top 25 KPIs that law firms don’t measure (but should)

Subscribe to our newsletter to receive regular updates and law firm management tips from Katchr and to get instant access to this free resource.

Please note that by submitting this form, you agree to receive marketing messages and other communications from Katchr. You may opt-out of receiving further communications at any time. For more information click to see our privacy policy.

Strictly Necessary Cookie should be enabled at all times so that we can save your preferences for cookie settings.

If you disable this cookie, we will not be able to save your preferences. This means that every time you visit this website you will need to enable or disable cookies again.

This website uses Google Analytics to collect anonymous information such as the number of visitors to the site, and the most popular pages.

Please enable Strictly Necessary Cookies first so that we can save your preferences!

Please enable Strictly Necessary Cookies first so that we can save your preferences!